THE SUMMER OF '65 REVISITED – SERIAL BLOG 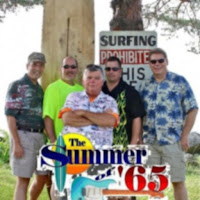 EPISODE #1 – At the Bay's shores just off the Somers Point, N.J. Circle at the base of the 9th Street Bridge causeway.

The Summer of '65 began inauspiciously enough with the soft sounds of shore birds churping and the waves of boat wakes lapping at the shore, the sweet smell of the salt ocean air brought in by soft bay winds. The natural sounds of spring were slowly over ridden by what began as a soft humm that seemed to get steadily louder. The animals sensed it first, darting their heads as the birds went silent and the squerls and rabbits scattered away as the humm steadily increased in volume until it was a constant vibration running ripples counter to the lapless tide, cresending into a thunderous roar that flew by in a blur and a cloud of dust and slowly faded away to a quiet hummn and after a few moments the lapping of the tide could be heard again. 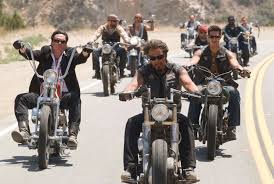 Ocean City police patrolman William Warren, the first black policeman on the Ocean City Police Department force, was sitting in his patrol car in the parking lot of the Circle Liquor Store, which overlooks the bay and the bridge and was where patrolman Warren was eating his lunch when the swarm of motorcycles sped past him. While he was technically in Somers Point, Ocean City police patrol the causeway and strictly enforce speeding laws. Warren put down his sandwich, reached for the patrol car radio and called it in, and then began pursuit.

As those of you who were there will recall, the summer of '65 began normally enough, hell we didn't even know the Hells Angels - the Barbarians - whoever they were, we didn't even know they came to town. That was a city and state secret and I only found out about it later because Tom Waldman, was the mayor of Ocean City New Jersey and was in the thick of it all. 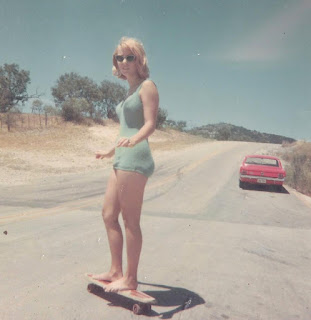 And while we didn't know it at the time, the Summer of '65 really began when that biker gang came to town, as we later found out.

“There really were two entirely different and unrelated incidents,” the mayor later explained over dinner one night. “The Hells Angels did come to town, but the two incidents were not really connected, and that’s a different story.”

There weren't that many of them. Less than a dozen.

When the bikers ignored him and refused to pull over on the causeway, Warren radioed ahead and as they cruised in town and down 9th Street they were met by a police roadblock at West Avenue where they were corralled into a vacant lot at the end of the railroad line and what is now McDonald’s.

There, they were just as belligerent. 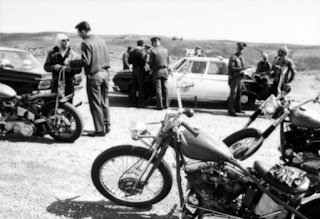 “They would only talk to the mayor,” said Waldman, who was summoned out of his 8th street travel agency office, picked up in a squad car and taken over to talk with their leader, as legend would have it, was Ralph “Sonny” Barger, the baddest Hell’s Angel.

According to Hunter S. Thompson, “Barger’s word goes unquestioned." The father of gonzo journalism called him “The Maximum Leader,” and described him as “a 6-foot, 170 pound warehouseman from East Oakland, the coolest head in the lot, and a tough, quick-thinking dealer when any action starts. By turn he is a fanatic, a philosopher, a brawler, a shrewd compromiser and final arbitrator.” 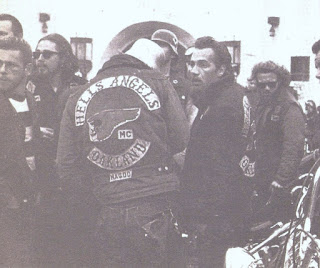 He met Mayor Waldman, the suit and tie travel agent and leader of Ocean City.

The mayor said, “Whenever you have a transient population like we do, you will have exposure to all types, including these violent motorcycle gangs. But you can’t condone it, and you can’t ignore it.”

“We talked, and I introduced them to the black officer,” he remembered, “but they were very racist and weren’t going to take any orders from him."

"I told them he was only doing his job and trying to earn a living for his family. They were very polite, and eventually we all shook hands in the end. But we didn’t go out and have cocktails together.”

They went eyeball to eyeball and the leader of the biker pack blinked. Now some say that Barger himself was in prison at the time, but whoever it was, their leader took a speeding ticket and they all left the way they came, without causing any trouble or anything.

And there it should have ended. But it didn't. It just set the style and tone for the rest of the summer, which was one that anyone there will never forget. 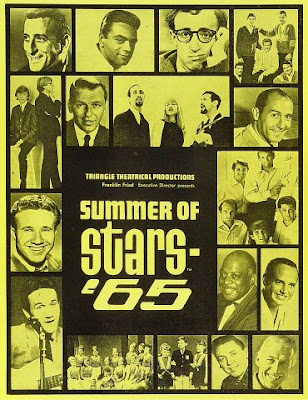 William Kelly
I am a freelance writer, journalist and historian whose major interests are music and history, with a special emphasis on the assassination of President Kennedy.